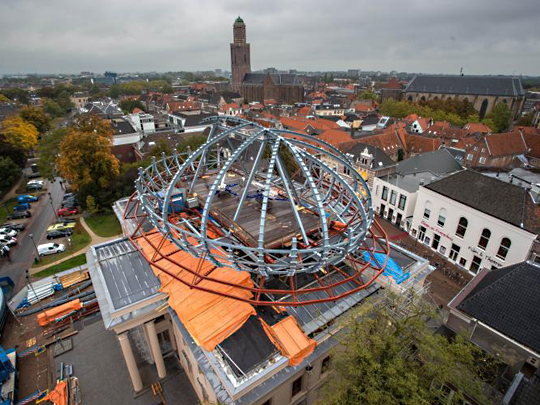 The skyline of Zwolle’s historic centre is immediately recognisable from the church tower nicknamed the Peperbus [pepper pot]. Since 2012, however, this has no longer been the only distinctive landmark in the city: the ellipsoid structure on the roof of Museum De Fundatie has made an eye-catching new addition to the skyline.

It is an unusual combination – almost as if a UFO has landed on top of the city’s former law courts, which were built in the 19th century in the neoclassical style. This UFO, however, was built by Kampstaal Staalbouw’s expert employees.

Museum De Fundatie was keen to expand. In a historic city centre, however, there is little room to do so – unless you go up. Bierman Henket Architecten from Vught came up with a creative solution and an ellipsoid structure now adorns the museum.

The structure is approximately 10 metres high and has an area of roughly 25 x 40 metres. The ellipsoid is supported by new foundations, which were laid in collaboration with BAM Utiliteitsbouw Zwolle. It is a striking form that is made up of 24 main rafters, each rolled in four different radii. These rafters are supported by purlins, which have been welded in dozens of different angles. The weight of the steel structure supplied by Kampstaal Staalbouw is roughly 275 tonnes. 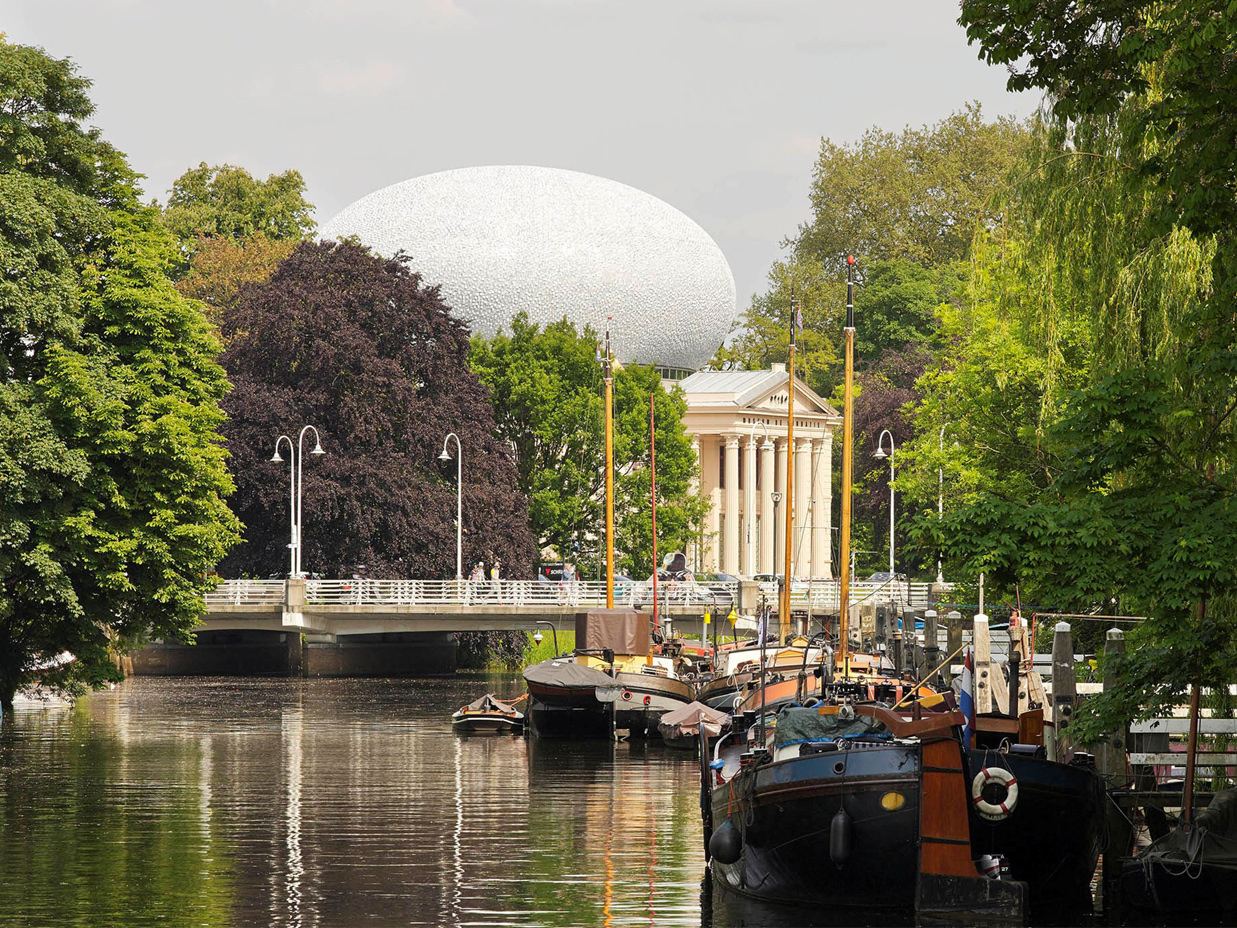 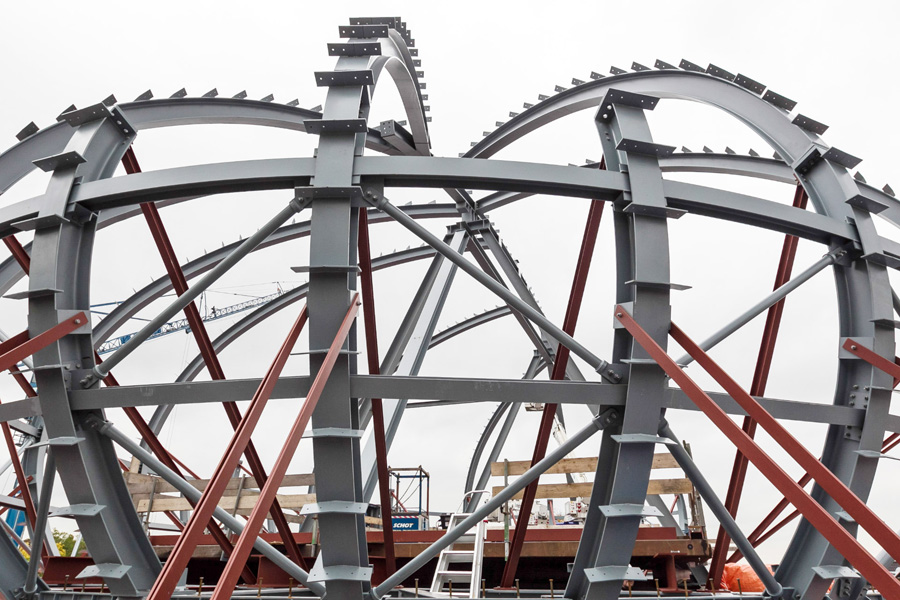 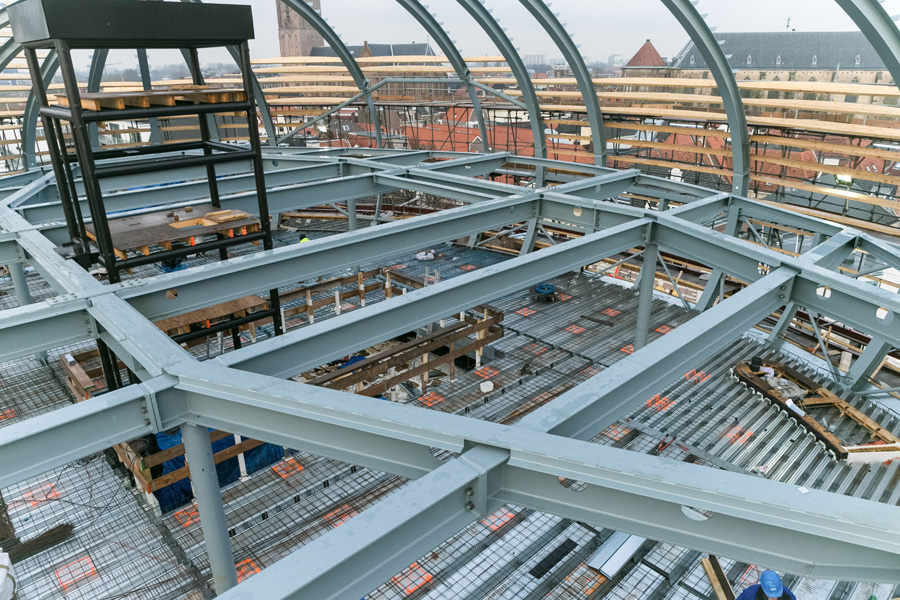 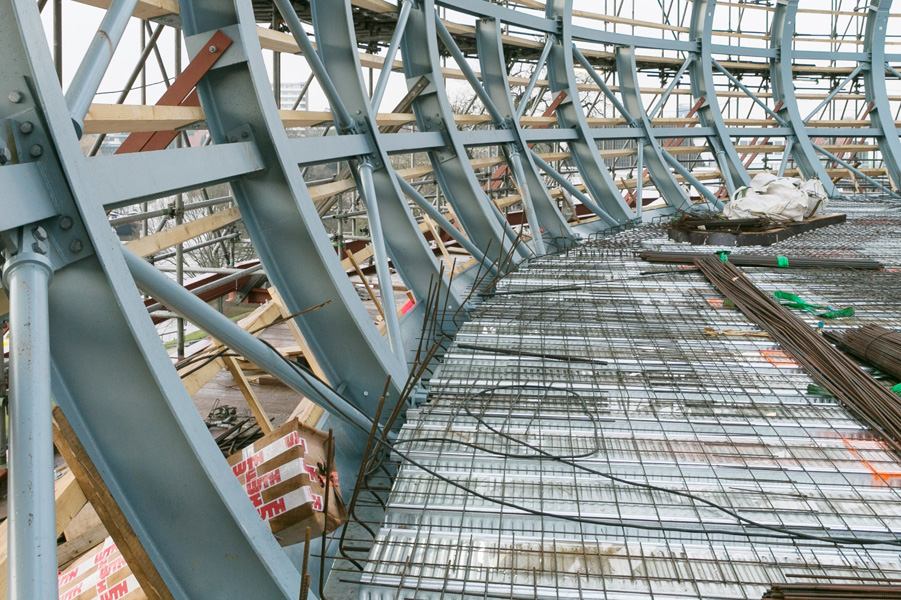 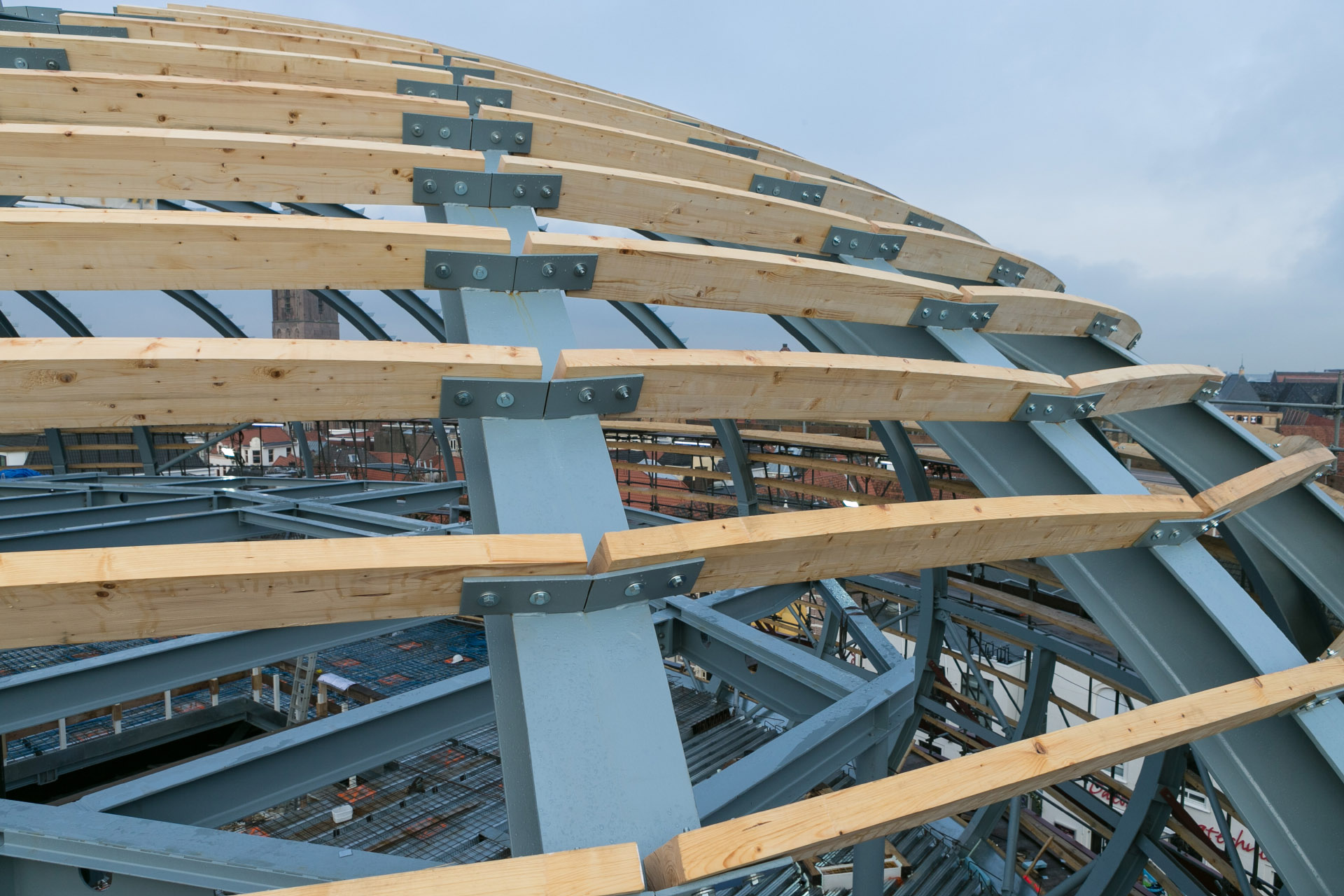 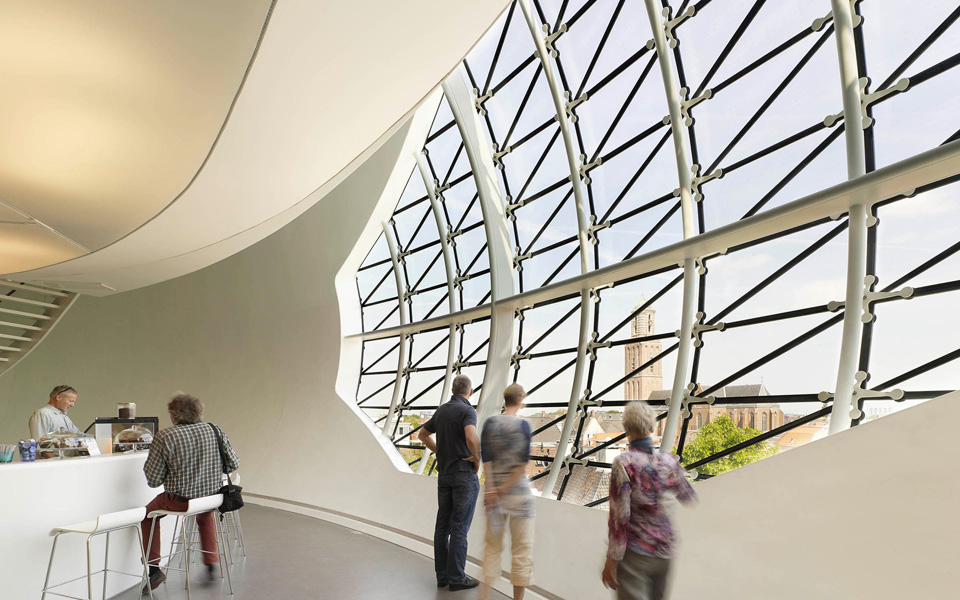 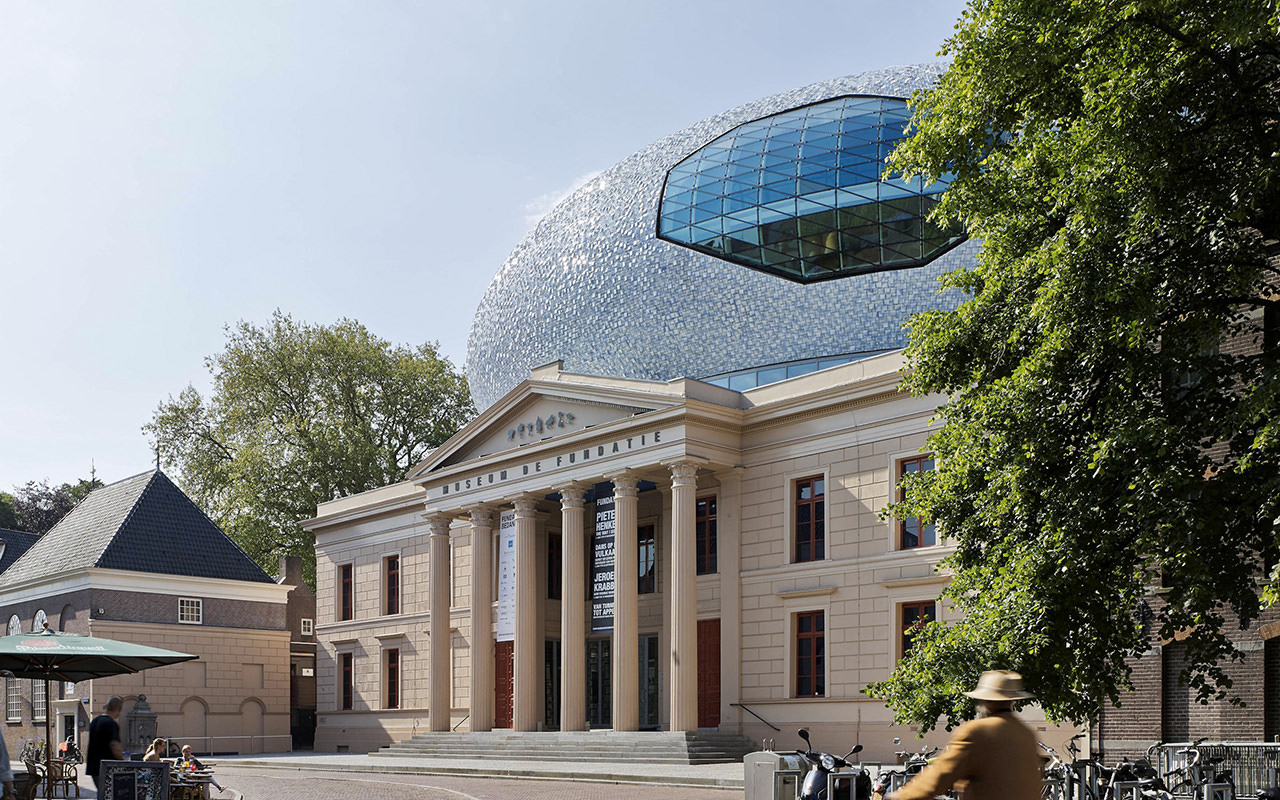 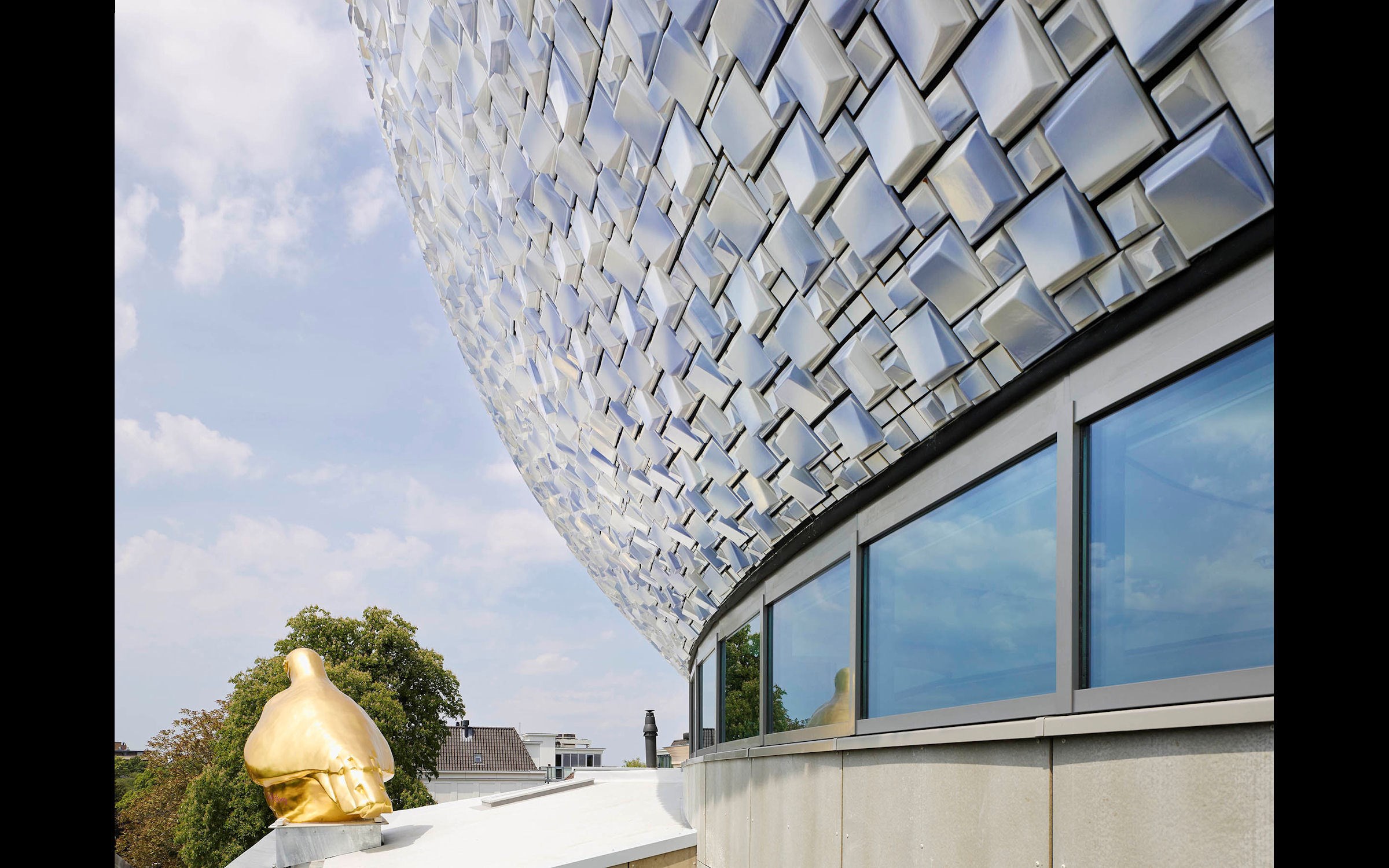 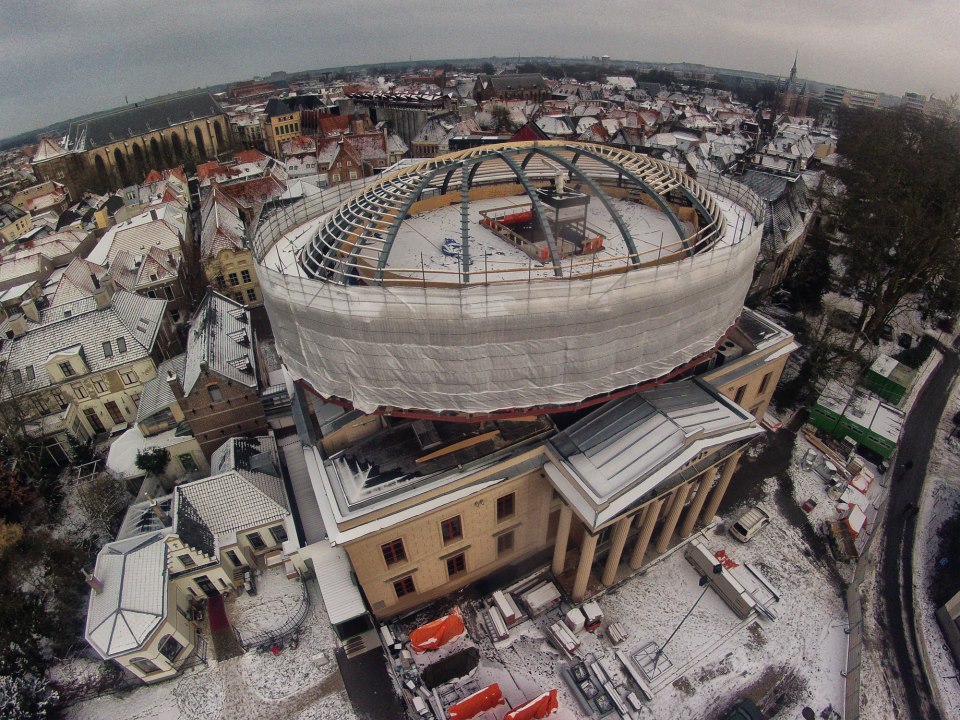 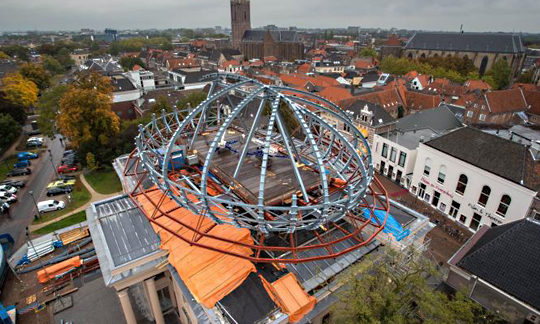